There are plenty of Slovenian delicacies and traditional dishes that draw foodies and chefs from around the world. If you are wondering which food you really have to try in Slovenia, take a look at our short list of just some of the food that we really love and would suggest for a delightful experience! Slovenian food will surely put you in a food coma!

Carniola sausage in Slovenian language known as Kranjska klobasa is a type of sausage most similar to Polish sausage. It is made mainly from pork (80%), bacon (20%) and many different spices. Traditionally it is served with sauerkraut or turnips, but modernly mostly with bread and mustard. 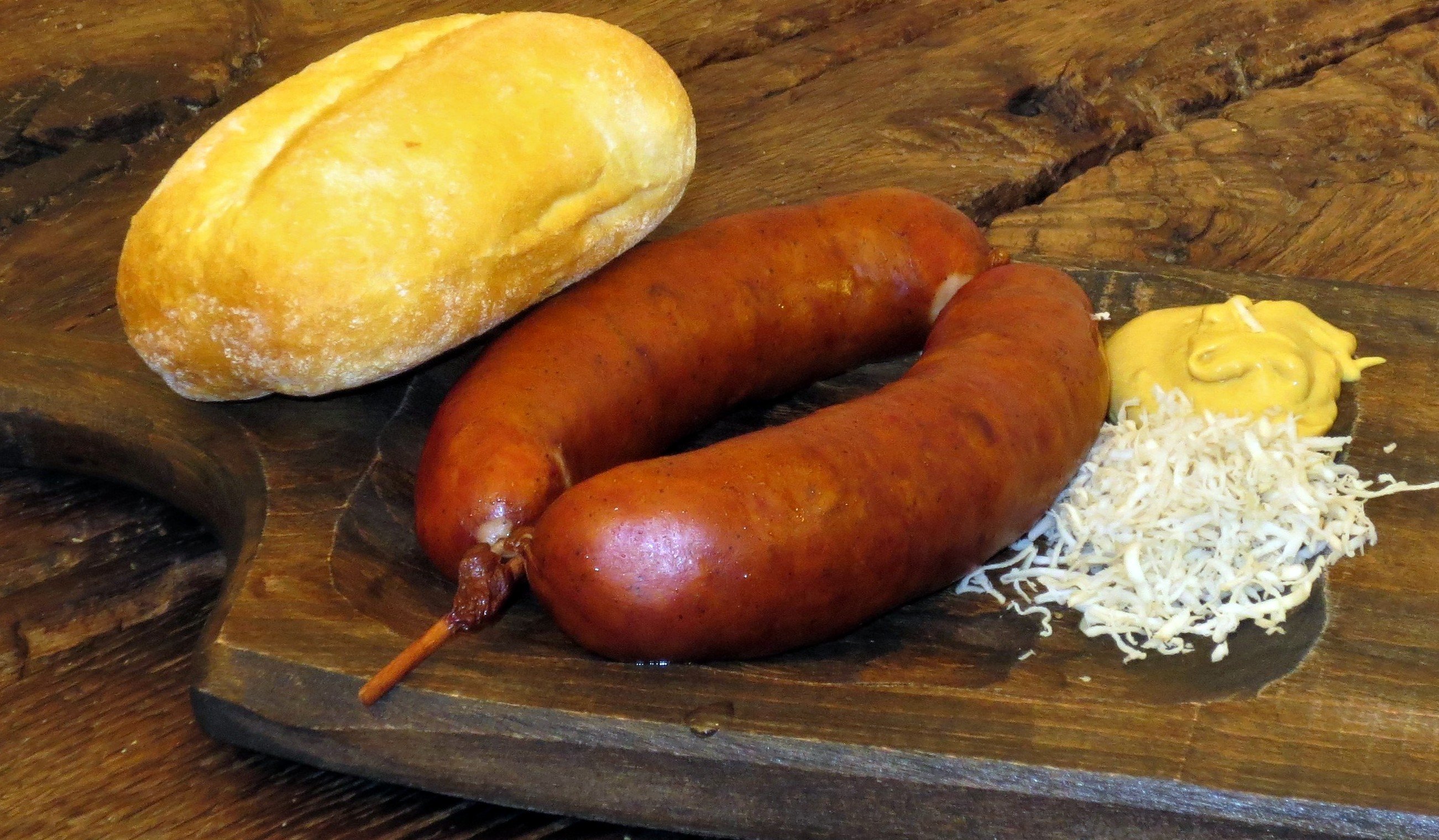 Bujta repa is another popular Prekmurje stew type dish. The name of the dish is connected with the slaughter of a pig: "bujta" in Prekmurje means "killed". The basic ingredients are pork, sour beets and millet porridge. Seasoned with garlic and onion.

Bograč is a goulash-like dish typical for Prekmurje. The stew consists of pork, beef, venison, potatoes and for seasoning onions, garlic, peppers and salt. It differs from other goulash mainly in that it consists of at least three types of meat and that the potatoes are cooked in goulash and not separately. 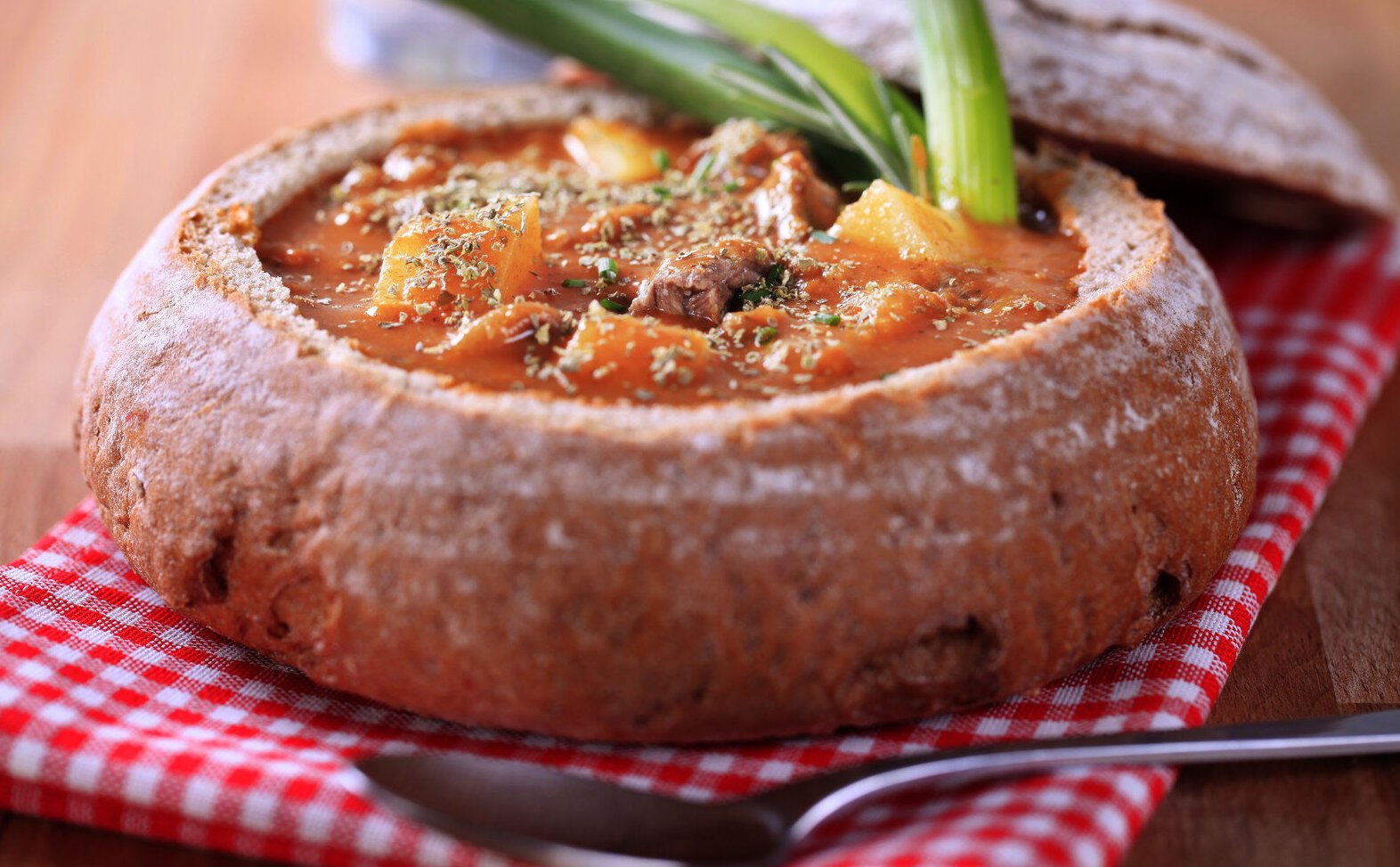 Idrijski žlikrofi are a Slovenian dish from Idrija, made from noodle dough with potato filling and a characteristic shape. The preparation is based on a traditional recipe, which was described in the middle of the 19th century, and the exact origin of the dish is unknown due to lack of historical sources. They are prepared as an appetizer, side dish to meat dishes or as a stand-alone dish, topped with cracklings. A typical Idrija appendix is lamb and vegetable sauce.

Štruklji or dumplings are a traditional Slovenian dish. They are known in various versions in all Slovenian regions and gastronomic regions. They are prepared mainly on holidays and during major joint works. The first štruklji were made only from rolled dough. They were made from white flour, later also from buckwheat. Today, they are also prepared from sourdough, puff, noodle and potato dough. Dumplings are cooked in salted water or soup, steamed, baked or even fried. Dumplings are distinguished by the way they are cooked, by the dough and by the fillings; walnuts, cheese, tarragon, apple ... Stuffing for štruklji can be sweet or salty. 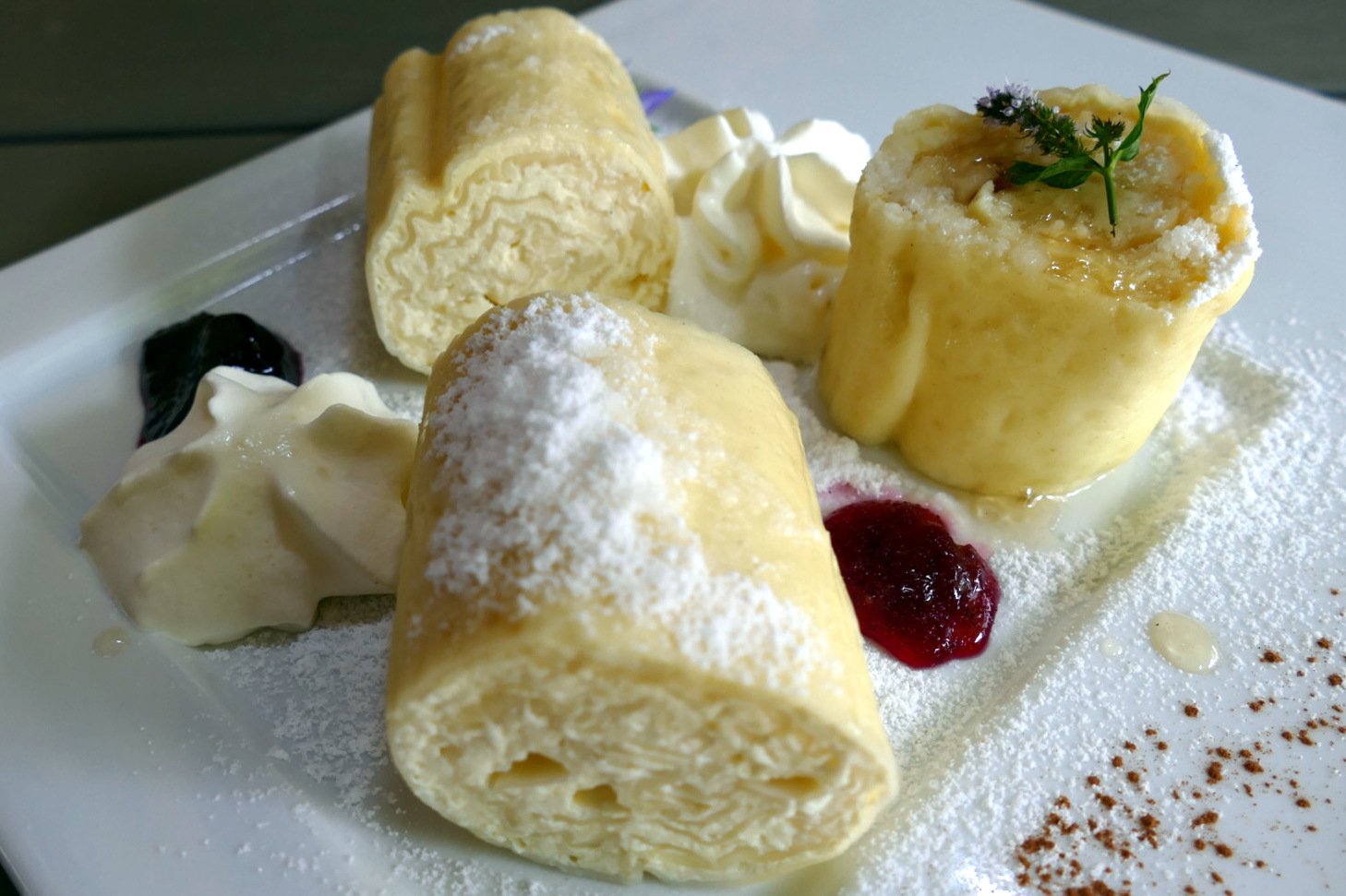 Jota is another traditional stew type dish. The basic ingredients are beans, potatoes, sauerkraut, dried pork and spices (garlic, bay leaf, salt and pepper). The jota must be thick, which is achieved by long cooking of beans and potatoes. Anyone who wants to have whole pieces of potatoes and whole beans must offer jota bread next to it. In some places it is customary to break the bread into a plate and then pour over with jota and add some olive oil. Jota is served warm in winter and cold in summer. 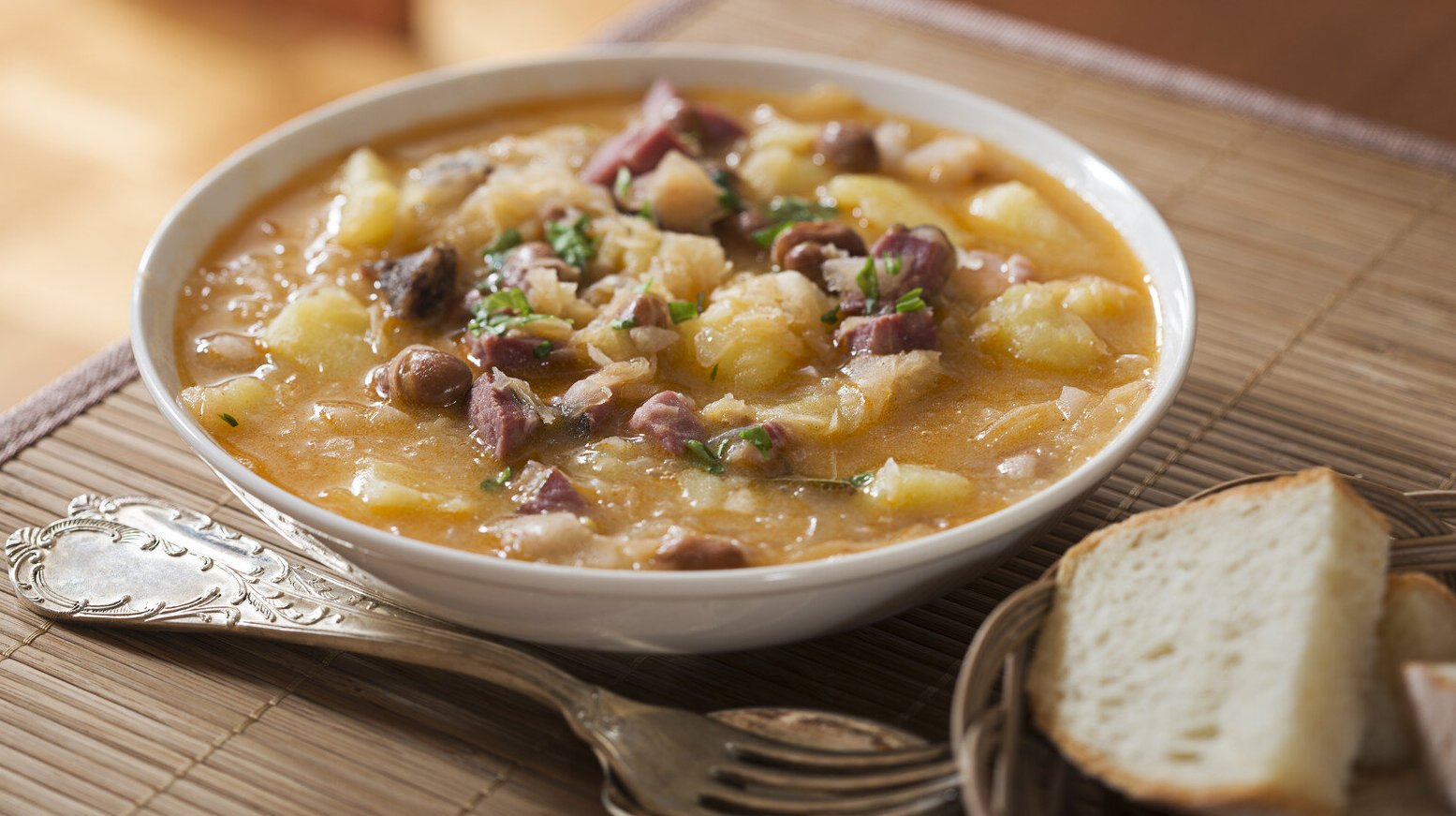 Ajdovi žganci are a type of buckwheat porridge. If we would translate directly into English, it would be termed "buckwheat mush" or "buckwheat spoonbread". It is a Slovenian national dish. The word žganci is derived from the Slovenian word “žgati” meaning "to burn" or "to toast". Buckwheat porridge is served together with stews, meat sauces, sauerkraut, black pudding, various sausages. The ingredients may vary in different regions. 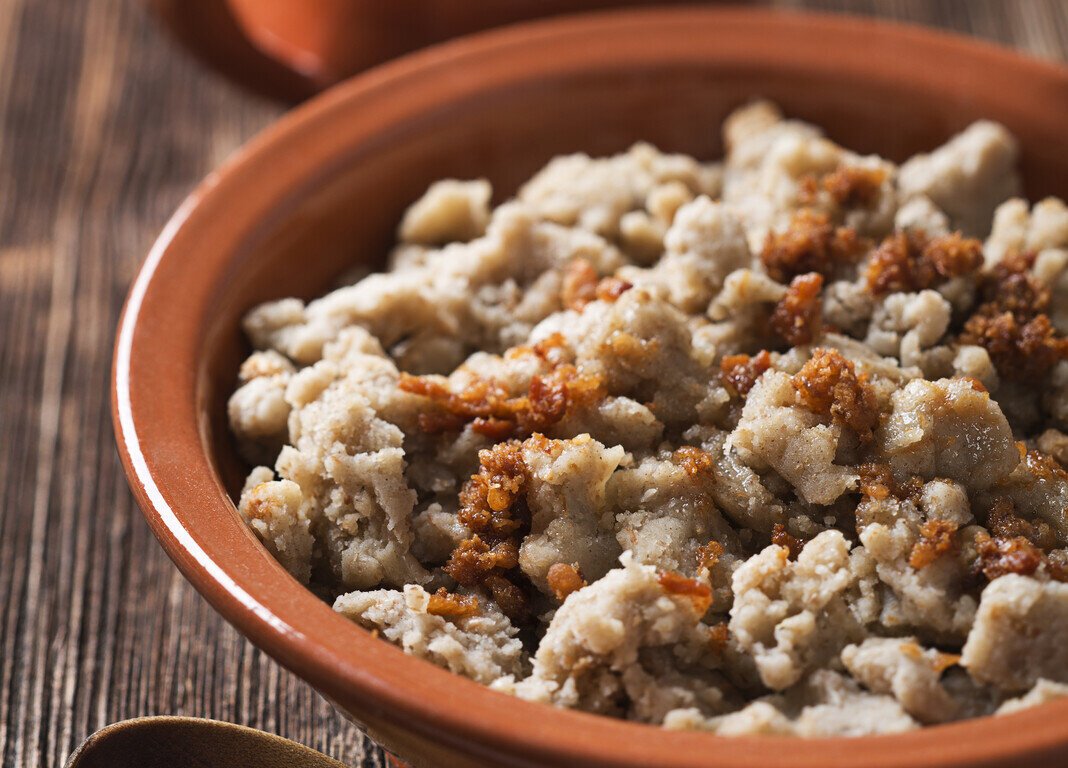 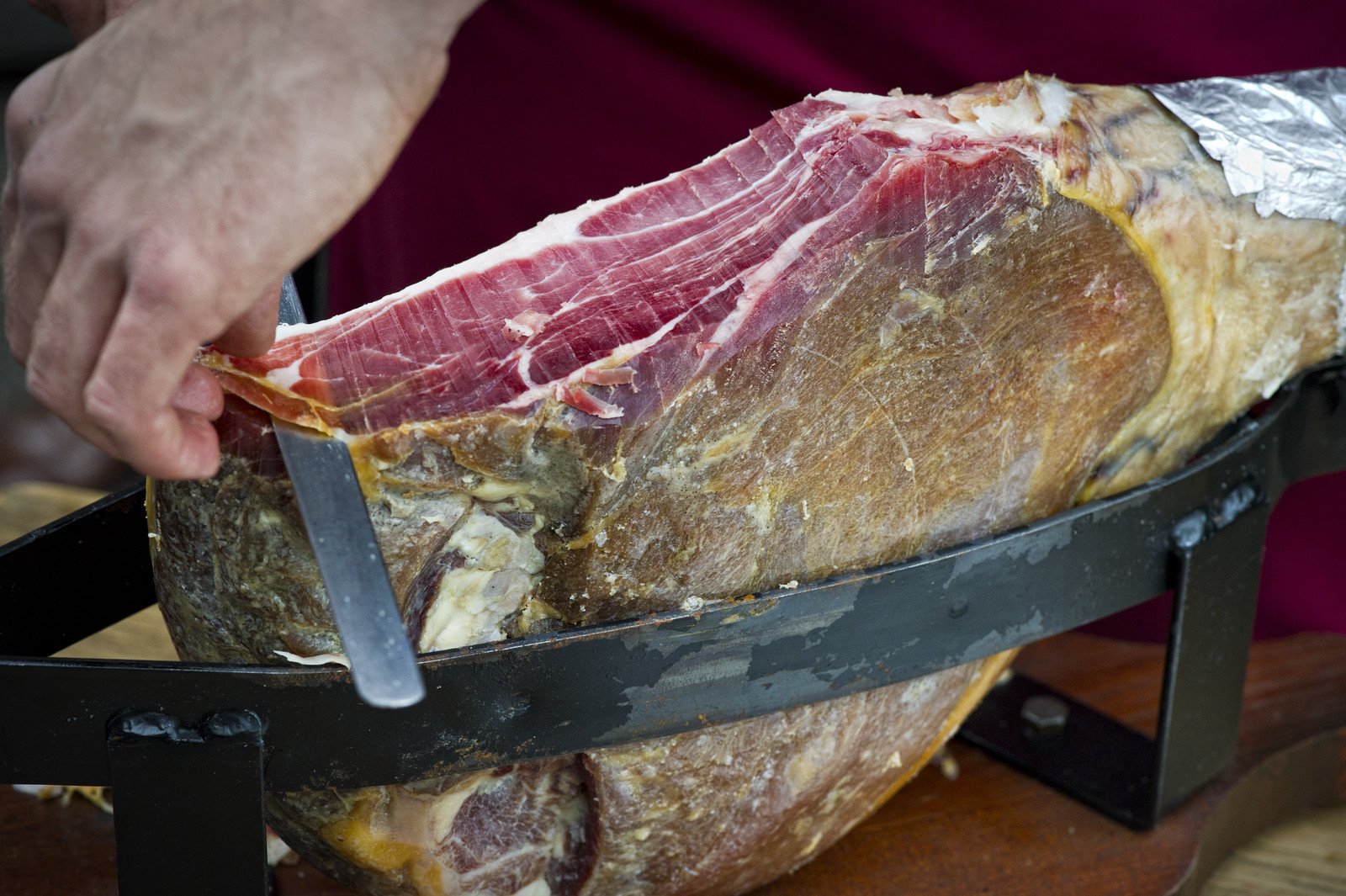 Potica is a sort of a traditional Slovenian holiday cake, most simply described as a rolled dough cake with many different fillings. Potica is traditionally filled with nuts, but in modern version you can find it filled with raisins, poppy seeds, cottage cheese and lately also chocolate.  It’s very common on special occasions like weddings, funerals and major family holidays. 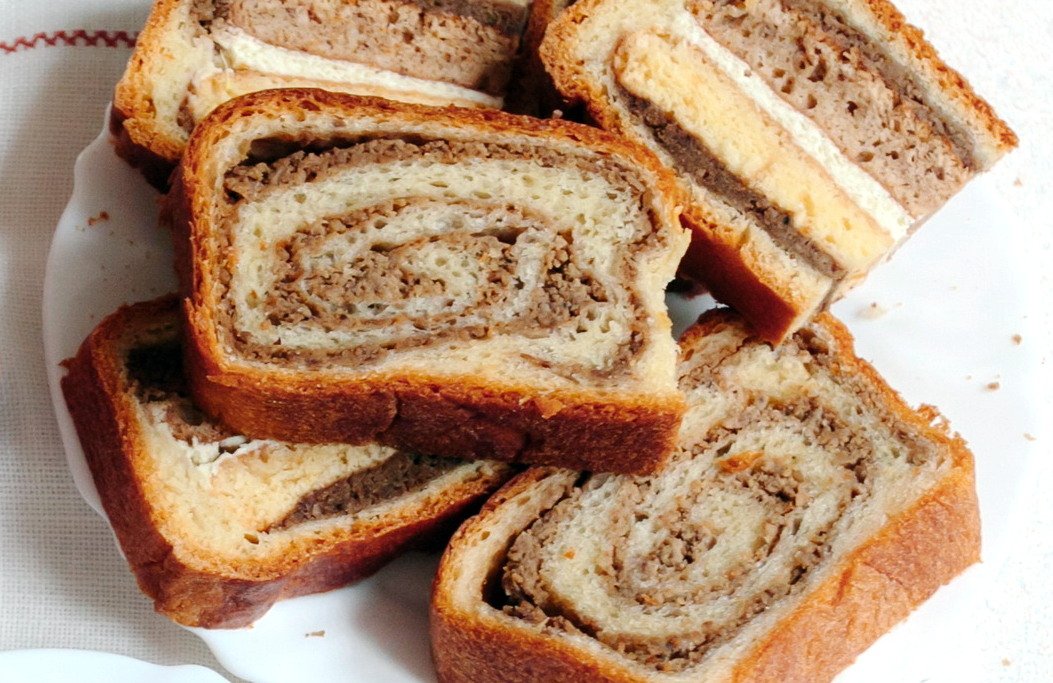 Prekmurska gibanica is a layered pastry. It contains poppy seeds, walnuts, apples, raisins and quark fillings. Its like a cake but a pastry with so many different textures in one cake. 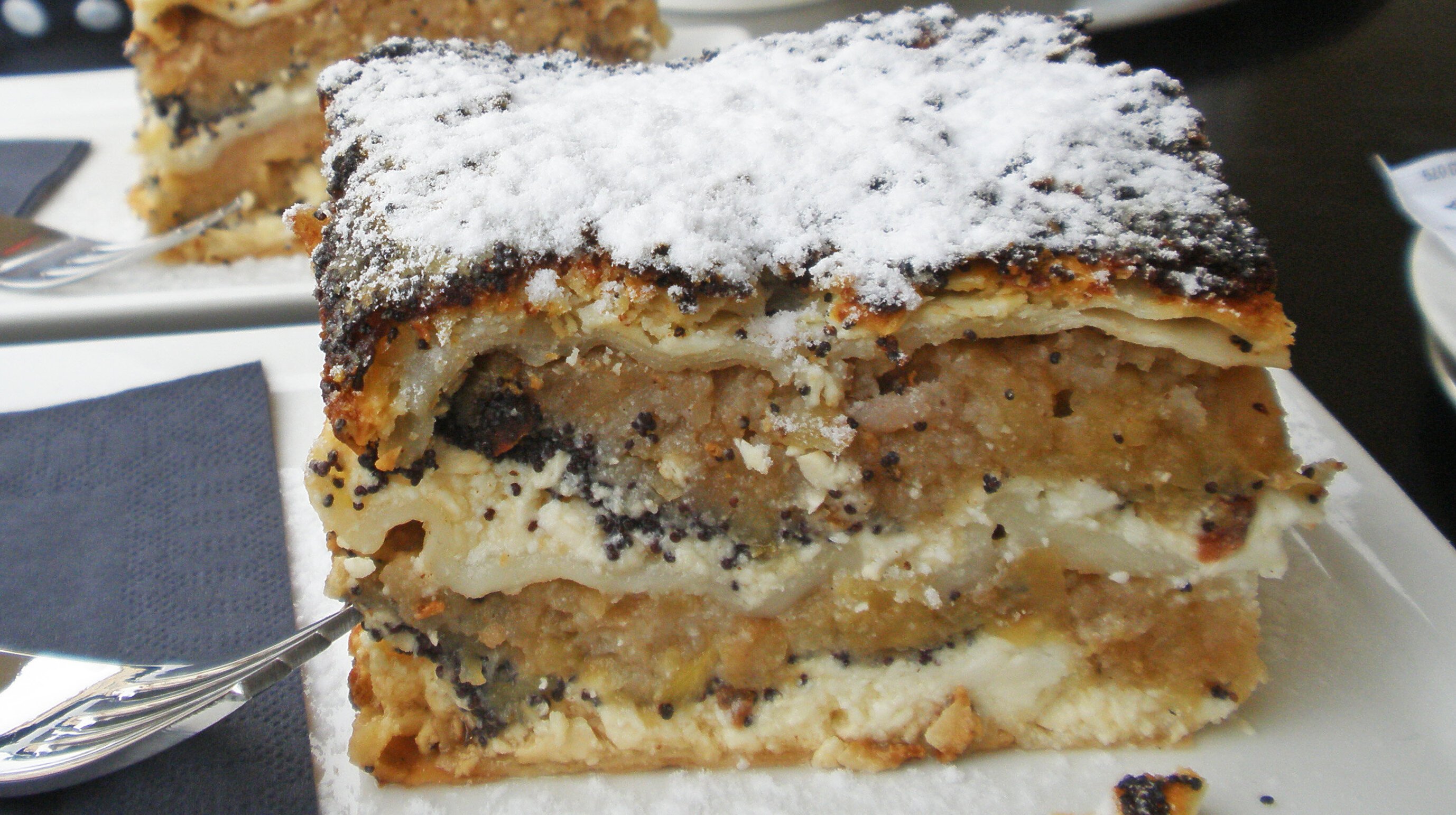 Besides food there is also a lot to see in Slovenia. Read about it here:

Why travel to Slovenia